A One-day anonymous student competition to choose 5 participants for the Tongji Construction Festival in Shanghai.

Within the framework of the seminar: “Architectural Design and Conception 2”, a one-day anonymous architectural design competition, with 138 student participants, was held at the TU Graz for the second time The competition was organised to mark the occasion of the newly opened TU Graz liaison office at Tongji University, Shanghai, with the aim of finding five winners to be invited for a week to Tongji University to participate in the “International Construction Festival 2017”. The students’ trip is jointly sponsored by the TU Graz and Tongji University. The theme of the competition was to design a pavilion  for a “micro community” on a site measuring 5m x 5m.

The competition day began with a short introduction and the handing out of the competition brief, followed by the announcement of the prize to be won. The highly motivated students spent the entire day building, drawing, designing and re-designing. Towards 5pm, with the deadline only two hours away, the atmosphere was visibly tense. The hand-in, in the big hall at the TU Graz in Kronesgasse, was at 7pm sharp, with access to the hall thereafter denied to any student carrying a model or presentation poster. Around 90 works decorated the floor of the presentation hall.

The jury consisted of Petra Petersson, Daniel Schürr and Wolfgang List. The judging was run according to the principles of a professional architectural competition. The projects were examined in several rounds and the selection narrowed down until finally the winners and runners-up were chosen.

Finally, to finish off the energetic working day, a party was held on the roof terrace. 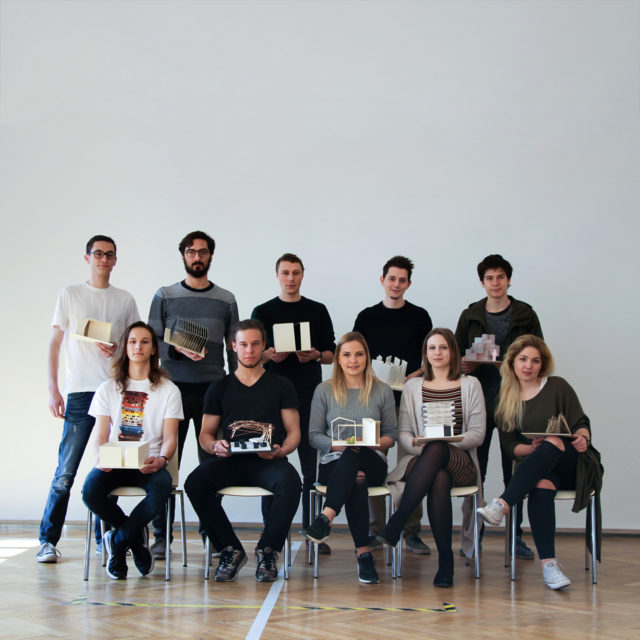 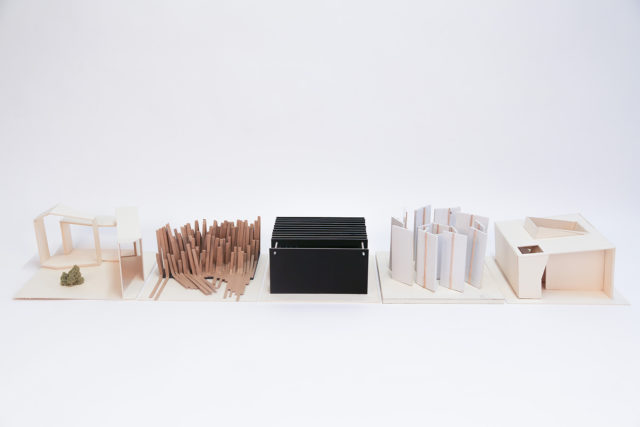 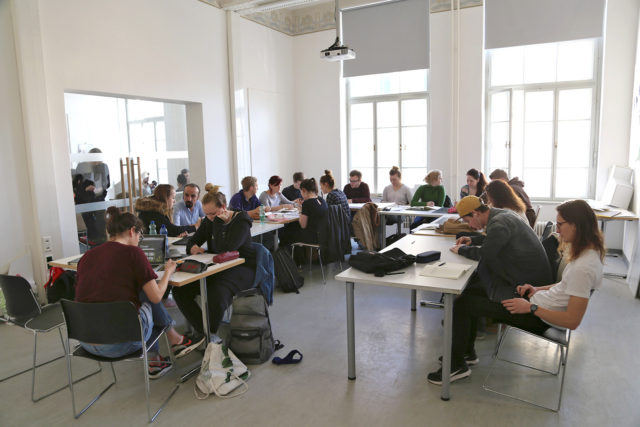 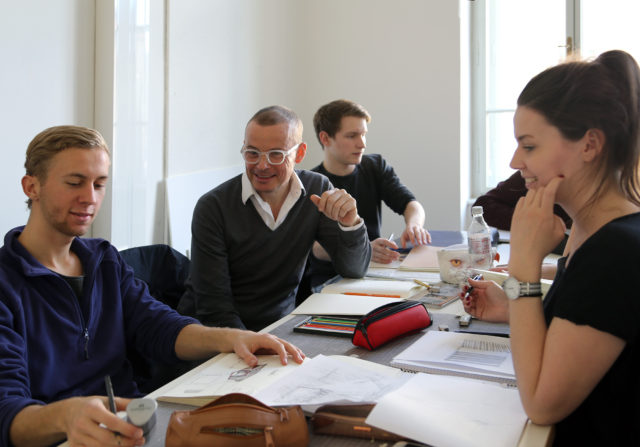 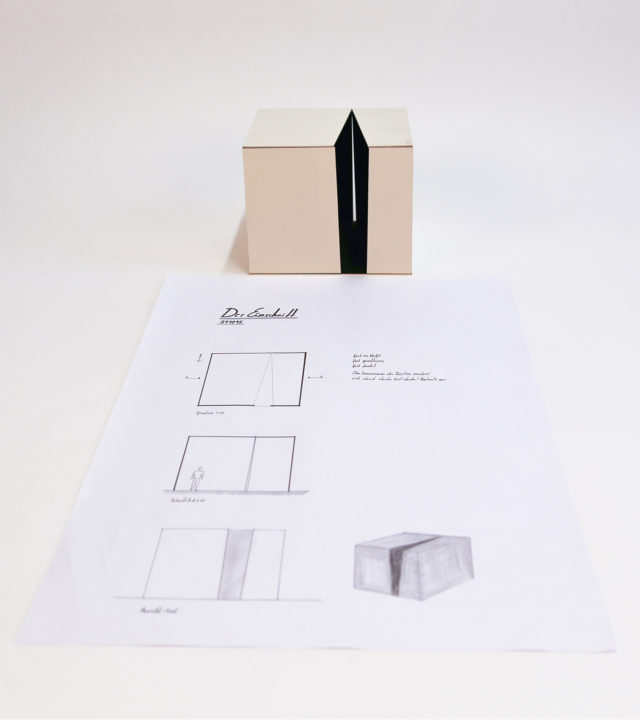